It’s that time of year! With between 78 and 79 books under my belt on the year (I abandoned one and am finishing another), I always like to share what made me smile, made my heart glow, and made my brain grow with knowledge. Hope you enjoy, and feel free to sound off on what I should add to my to be read pile in 2020.

*Also, I stand to have some additional reading time in the next few weeks, so…some of this may be subject to change? Call me an optimist! 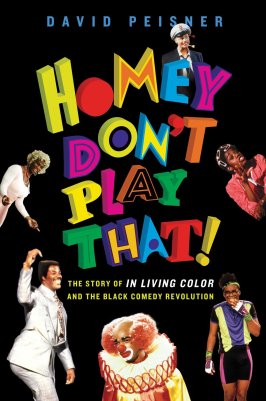 Bad with Money by Gaby Dunn

To borrow and paraphrase the title of a book that I learned about this year, “this was the year I got my financial life in order.” As such, there are any number of books from my master list that could have made this list. But Gaby’s was among the first I read this year, and it hung on to the top of my list even as other competitors emerged.

Gaby’s take – as someone who is predisposed to panic about money, and set out to learn about it simply to calm that feeling at first – was one that resonated strongly with me, as someone who spent decades feeling the same. Her measured and accessible take on the topic was less prescriptive than some others I came across, and her care in acknowledging the vast differences that come into the money conversation based on gender, race, and sexual orientation was much appreciated. At the start of 2019, I was bad with money. Now, I’d say I’m on a clear-eyed and far less fearful path to being good with it. And I have her book (and accompanying podcast) to thank.

Brave, Not Perfect: Fear Less, Fail More, and Live Bolder by Reshma Saujani
Inspired by the TED talk of the same name, Reshma Saujani takes the concept of bravery that she seeks to instill in the countless girls that go through her Girls Who Code program, and makes it accessible to readers.

Informed by research about how girls and women are frequently socialized to prize perfection over effort, and how those around them are similarly conditioned to demand it from them, Saujani aims to empower the reader to take those chances that often seem too risky…and fortifies her case with her own stories of running for office (and failing), followed by the many twists and turns her life took as she founded her tech-centered nonprofit. In a year where I found myself in need of some motivation to “put myself out there,” Saujani’s book was a pleasant reminder to just go for it.

Homey Don’t Play That: The Story of In Living Color and the Black Comedy Revolution

We got a lot of good Black sketch comedy this year. HBO’s A Black Lady Sketch Show, IFC’s Sherman’s Showcase, and Netflix’s Astronomy Club all provided some welcome laughs and a look at the true range of the Black experience. And in so many ways, these shows have In Living Color to thank for their existence and success.

Several years after Tom Shales and James Andrew Miller gave SNL the oral history treatment, David Peisner gives In Living Color its shot at a public history. Wrapped inside stories of how the show came to be and the transformation and eventual departure of its creator Keenen Ivory Wayans, are stories about how Black comedy changed along with it. How did the rise of Eddie Murphy, relationships with prominent Black musicians, and the changing landscape of network television contribute to this show’s rise, popularity, and eventual iconic status? It’s all here, and it was riveting to read. I think you’ll love it too.

How We Fight for Our Lives by Saeed Jones

Saeed is a poet first and foremost, and that pedigree shines through in his challenging but ultimately heartening memoir. Even without writing “poetry,” the way he recounts key moments in his life is evocative on a level that I can’t recall from very many other memoirs…and if you look back at my previous lists, you’ll know that’s saying something.

I had the opportunity to see Saeed speak on a panel about the nature of memoir earlier this year, and it was a wonderful experience. He’s clear-eyed and measured about how he details his thought process, and it encourages the reader to consume what he’s shared with care. As a speed-reader, his approach to the material urged me to slow down, taking in each word and the resulting meaning in ways that I simply don’t always do. His book was good, and the reading experience it cultivated was great.

The Kiss Quotient by Helen Hoang

So this is the year that I ventured unaccompanied into modern romance. A book club selection last year encouraged the group to explore the genre, but I found it to be – among other things – blindly white to the point of being unappealing. These love stories wouldn’t, couldn’t, apply to me. But Helen Hoang, as well as Jasmine Guillory (who appears elsewhere on this list) are among a group of authors that are bringing what Ava DuVernay calls a sense of “reality” to the proceedings.

Hoang does this not only by bringing Asian characters into the genre as objects and seekers of desire; but also includes neurodiverse characters, something I’d seen rarely in fiction and especially never in romance. After a few years of lists that have been heavily non-fiction based, I embraced fiction with new voracity this year. Light but touching reads like this (and this year’s The Bride Test) made that move appealing.

Maybe You Should Talk to Someone: A Therapist, Her Therapist, and Our Lives Revealed by Lori Gottlieb

Will you cry while reading this book? Maybe, maybe not. Did I? Yes. Several times. And as someone who is not a frequent crier, that’s saying something.

Lori Gottlieb is a therapist who recounts a year of her life that brought her into a therapy relationship of her own. And I’ll admit, the reasons why hit close enough to home to provoke tears. But beyond what this book has to say about her approach to therapy as a client, it speaks volumes about the role that therapy does have, and could have, in our society. Whether you’re sold on the concept and are all in with a therapist of your own, or you’re skeptical as to what it could do for you, this is a good and affecting read.

2019 had a nostalgia factor to it. In popular culture, yes, but also on my personal reading list. And nothing caters more to my clear need to revisit the Baby-Sitters Club spinoff California Diaries than this deep dive on 80s and 90s teen lit.

Moss does more than say, “Hey, remember this book?” She analyzes the ways this genre brought young women to reading, where it fell short in terms of diverse portrayals, and interrogated thoroughly what this era of YA did for (and in some cases to) the women who consumed it as girls. I loved it, so much.

BONUS: I was lucky enough to get to talk about The Baby-Sitters Club for an episode of Book Riot’s audio documentary podcast “Annotated,” I hope you’ll check it out!

The Queens of Animation: The Untold Story of the Women Who Transformed the World of Disney and Made Cinematic History by Nathalia Holt

As a Disney Adult, I am always fascinated by the books, documentaries, podcasts, and any other form of media that will give me a peek inside this complicated, creative, and not unflawed (I know, trust me) corporation. If you’d asked last week, James B. Stewart’s riveting DisneyWar would have taken this spot on the list. But then came The Queens of Animation.

In it, the history I’d learned of the studio, dominated by stories of the legendary “Nine Old Men” of the animation department, is supplemented by the women who worked in the story, layout, and – yes – animation departments with no credit. The last few years have brought a number of “hidden figures” to light, and it was interesting to see the advances that women helped the studio make, and to finally be able to put names and appreciation to so many beloved characters, attractions, and moments in my favorite movies.

The Street by Ann Petry

This was my first read of 2019, and it was an affecting one. Published in 1946, it is the oldest book on this year’s list, and yet at moments felt incredibly current. Its narrator, Lutie Johnson, lives through poverty, discrimination, and male entitlement in wildly evocative prose. It’s a vivid read, and one that I’m ashamed to have learned about only last year.

In the past few years, there’s been increasing attention to the experience of Black women, in all the dependence their families, their communities, and the world have on them to hold things together. Petry makes this abundantly clear in her novel, and yet (in my mind) stops short of the suffering narrative that so often engulfs these conversations. Strong Black women hurt, fear, and are capable of breaking…and this book shows all of that.

The Wedding Date by Jasmine Guillory

In the same breath, Black women can be joyful, and happy, and allowed to find love in literature. And I’m so grateful that Jasmine Guillory’s entries into modern romance canon have encouraged that. The Wedding Date is the first of her books I’ve read, The Proposal followed soon after, and I’m hungrily awaiting others to come off the looooong library holds list for me to devour similarly.

When asked to talk about why these books resonate so much, I’m not quite sure what to say. I don’t know that I’d call myself a romantic, and I don’t know that I lust after stories like this in my own life. I suppose the best way to describe it would be to say that I admire the possibility. These stories offer hope that my occasionally embittered heart would have me believe aren’t possible. Even if they’re fiction, they’re possible. To the above point about being a Disney Adult, they offer happy endings where people who look like me get to take center stage. And something about this year made me need that. Guillory provided it. I can’t wait to see what hope she inspires in me next year…because I will keep reading.