Are You A Leader? Well, Are You? 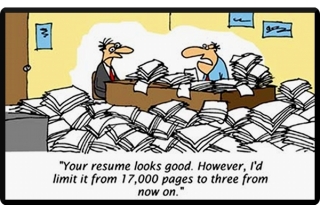 Well, I’m excited to report that I’m starting to feel useful at work! After a few weeks of easing into the culture, which is always a challenge, I’m meeting with students and, as I said to one friend, “saying ‘I don’t know’ less than they are”! I’m starting a pretty big new project that I’m excited about, but it stirred up some interesting thoughts, as did a few other comments over the course of the day.

As the assessment pro in the office, I’m working with our other assistant director to assess one of our leadership programs. It has fallen dormant in recent years, as students start it but aren’t following the procedure to complete it. Our goal? To determine why it’s not working, and see if an alternate version of this program would catch on with younger students who have not been exposed to either version. However, in looking over the former version of the program, I realized something: this isn’t a leadership program. To verify my suspicions, I started hunting around for definitions of student leadership (I know, a dangerous proposition!). Here are two I found that fit the argument I’m trying to make:

from Portland State’s Leadership Development Program:
“A student leader, whether in a formal position or not, nurtures abilities in themselves and others in order to make an ethical and socially just impact on campus or in the larger community.”

from the George Washington University Center for Student Engagement:
“Leadership is a developmental process which empowers students to engage others in a movement towards positive change.”

Now, without detailing the full design of this program, I will say that it is a means by which to collect points for certain opportunities on and off campus. To me, that is less a leadership program, and more of an involvement initiative. The individuality of it, and lack of a reflection piece, are the parts that seem to be missing. Both leadership education and involvement initiatives are worthwhile pursuits, but different to be sure! The students in this program are leading…the rest of their students in points value of activities they choose to record, but are they leading? Maybe, maybe not.

We are very quick to take leadership positions and label them “leadership opportunities”. However, in the absence of the direction required to make these students good leaders, does that count? Think of the student who went to a few meetings, and then counts his involvement on a resume (enough of that, and we get the cartoon we’ve seen above). Or a student leader who doesn’t pull his or her weight on an executive board. Is that leadership?
I was affirmed in my confusion about the topic when I saw this message from a friend later that afternoon:

This post is not designed to demean leadership education- I love the idea of that, and think it is extraordinarily valuable. That being said, the education piece of that is essential. Don’t allow students to think that getting the position is the leadership part. Encourage them, challenge them, demand of them that they actually lead in those roles- and show them what that looks like.

What are you doing to make leadership roles “leadership opportunities”?