Historically, college campuses and the educational experience associated with them was a privilege only given to the affluent, or those with the resources to afford the considerable cost. But with strides in access have come students for whom college is more of a financial hardship.

Thought Catalog published a humorous list of 30 Things You Experience When You’re Broke that features many situations we consider to be hallmarks of the college experience. But for an increasing number of students, the dire straits of paying for college are more serious than Thought Catalog could have ever imagined.

SNAP has provided a slight reprieve for more and more of those students over the past several years. In fact, the Washington Post reports that the state of Virginia went from disbursing $470,000 in SNAP assistance in 2007, to over $2.2 million roughly five years later. Stigma surrounding this form of assistance is lessening, and students at prestigious institutions such as Howard University are openly talking about SNAP and how it is helping them live through college.

What are colleges and universities doing to help with this problem? With many schools sustaining programs that have the goal of lessening hunger in the world and in the surrounding community (Loyola of Chicago’s Hunger Week, the consortium of colleges involved with Universities Fighting World Hunger, University of Georgia’s Campus Kitchen, and Emmanuel College’s own Hunger and Homelessness Awareness Week are programs that my attention has been drawn to), students are made to understand that food is not something that everyone comes by easily. However, a few campuses are going above and beyond to ensure that their own have a secure source of food. I plan to highlight a few here, and hopefully write in depth about other initiatives later in the month. 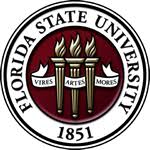 I first became interested in combating hunger on college campuses when I worked with Florida State University’s Food Pantry. Located in the Dean of Students office, students can present a photo ID to obtain a bag of food whenever it is needed. Calls for frequently requested items are put out to students, faculty, and staff, and boxes are always available in campus offices to house donations. What’s more, the director of the program solicits recipes from faculty and staff to help students build coherent meals from the items they pick up.

A similar program exists at the University of North Carolina- Greensboro called PATHS- Partners Assisting The Homeless Spartans. As with Florida State, the program is housed in the Dean of Students’ office, and partners with campus offices and community partners to provide support to homeless or economically disadvantaged members of the campus community. This program goes beyond just offering food, also collecting toiletries and directing website visitors to other resources that could help them during times of hardship. 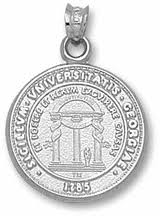 NPR covered the creation of the food pantry at the University of Georgia, started by students. More than 200 undergraduate and graduate students visited their pantry in its first month of operation. As is the case with many other pantries, only an ID and a signature on a waiver is required to partake in the supply of food available. Their pantry was started as a response to increasing poverty in 18-24 year olds, and is extending its reach into the community as well as the hardship on campus. 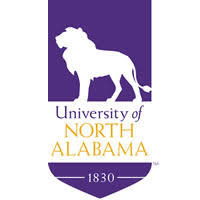 A fourth program of this type is the University of North Alabama’s “Feeding the Pride” initiative. The bank was the brainchild of a recent alum of UNA, who saw a fellow student sifting through garbage to find something to eat. Unlike the model of the two previous programs, UNA has a sign-up system that presumably allows them to track students using their services. They recruit volunteer help and donations heavily, aiming to serve traditionally aged students who are struggling, as well as adult students with families.
As you can see, hunger and the need for food assistance isn’t a problem that is staying away from our campuses. These are just a few efforts that are being undertaken by campuses nationwide; I hope to say more about a few others programs before this month is out.
I’m doing this in hopes to raise awareness about food instability, and money for the Greater Boston Food Bank. Should you feel compelled to give to the latter, please click the link below! I thank you, as will those who benefit from the money that you give 🙂
http://www.crowdrise.com/SNAPchallenge0113/

Wiggle Room, and Life Getting in the Way

2 thoughts on “#SNAPChallenge2013: Food Insecurity On Your Campus? Probably.”